Drafting of NDS 30 : A consultative, inclusive and participatory approach

The document implemented since 2020 is the outcome of contributions from all segments of society.

Drawing lessons from the Growth and Employment Strategy Paper (GESP), first phase (2010- 2019) of the implementation of Cameroon’s (2010-2035) long-term development vision, authorities placed the participation of all the Nation’s active forces at the heart of the formulation of the National Development Strategy (NDS30), the new (2020-2030) reference and action framework for the Government and its development partners, for the country’s march towards emergence. The objective notably being to reconcile the political will to make the achievement of emergence a ‘‘national cause’’ and ensure the success of this strategy.

A great portion of 2019 was devoted by Government to the organization of consultations with various components of the Cameroonian society:

administrations, members of parliament, elected local representatives, regional and local authorities, the private sector, civil society organizations, technical and financial partners (TFP), university dons and researchers, the grass-root population within the country and the diaspora… all the various strata of the social corps were contacted.

The document presented to the public on 16 November 2020 is consequently ‘‘the fruit of a combination of technical exercises’’ and ideas gathered from all horizons. During this presentation, some stakeholders however admitted that they recognized their foot- prints in this document.

The contribution of the university community

The process leading to the formulation of this national develop- ment strategy was a participatory one. I would like to assert that uni- versity cycles were widely consulted… and that the results obtained today is an outcome in which the university has its own share of responsibility’’, indicated Roger Tsafack Nanfosso, Rector of the University of Dschang, in the Western region of the country.

It is thanks to the university cycles that we notably have the inclusion of structural development as an NDS30 pillar. In his book published in 2017, under the supervision of Professor Henri Ngoa Tabi, the GESP theoretical basis (Big Push) is strongly criticized by researchers of the Faculty of Economics and Management Sciences of the University of Yaounde II.

The document is blamed for embracing the development of a lot many sectors at the same time. This entailed huge investments within a context of scarce financing. These researchers therefore proposed to public authorities to substitute the Big Push for integrated structural development in NDS30.

« We salute the setting up of this National Development Strategy », indicated on his part the industrialist Celestin Tawamba, President of the Cameroon Employers’ Union (GICAM), the country’s most important employers’ union, during the same ceremony of NDS30 presentation.

GICAM has indeed every reason to be delighted: its advocacy carried out over several years now for the promotion of ‘‘national champions’’ has been taken up in this document. According to NDS30, one of the roles of the strategist State during the next ten years will be ‘‘to strengthen the structuring of pro- duction fields around ‘‘national champions in partnership with the private sector’’.

The private sector, and more generally economic cycles, can also be delighted of the commitment taken by Government to ‘‘raise the share of public procurements in goods and services addressed to local industries including defence and security forces to at least 60%’’. The inclusion of this demand from businessmen and other intellectuals is, in fact, another proof of the open mindedness of public authorities in formulating NDS30.

‘l am talking here as someone who is conversant with the document because I was involved in its drafting at some stages… For me, this document is quite ro- bust’’, also admitted the financial engineerBABISSAKANA, CEO of the Prescriptor Consulting Firm, whose independence of mind is unanimously approved. « ‘‘We are delighted that a participatory process was initiated with the various components of Cameroon’s society for the formulation of this document (…) 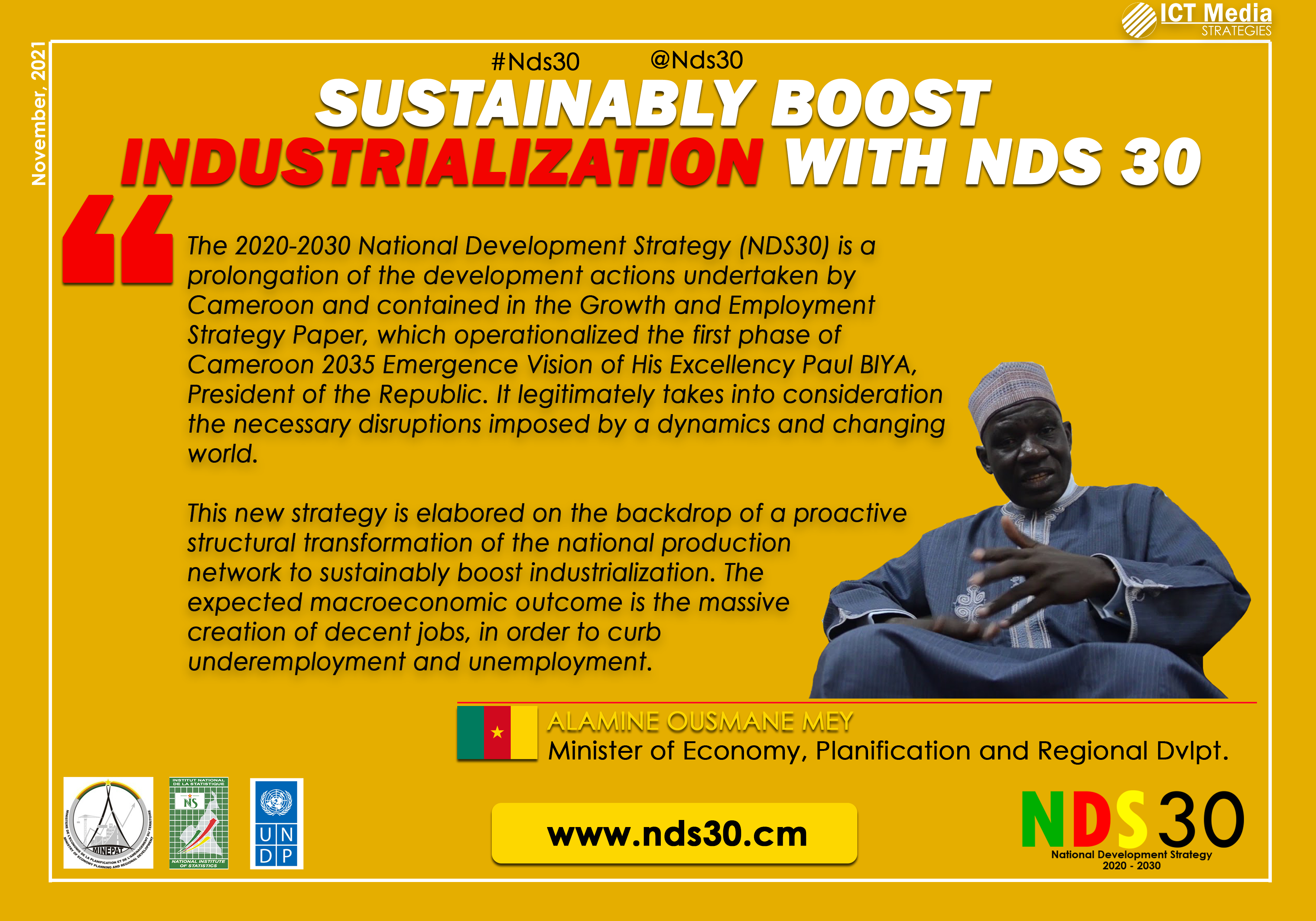 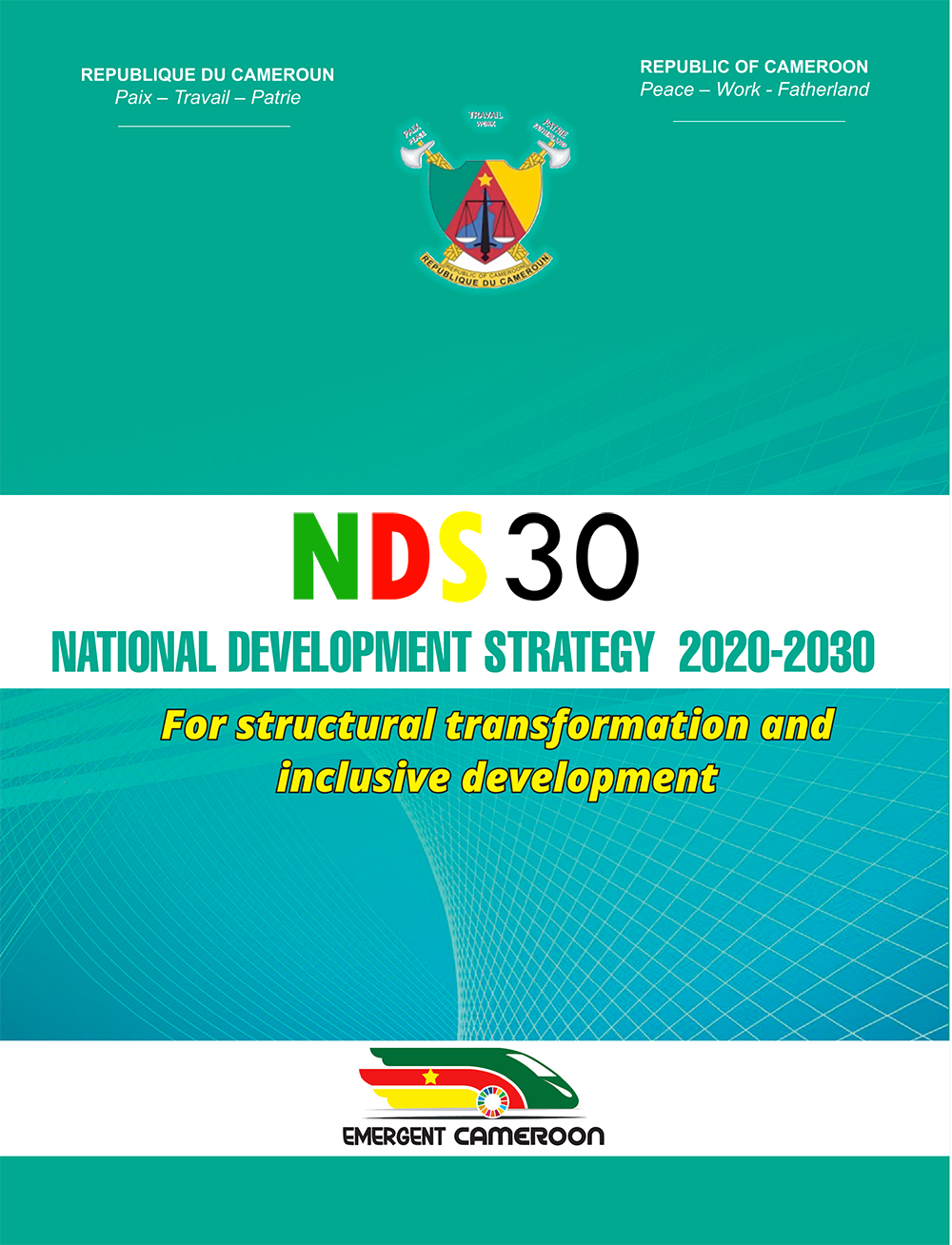 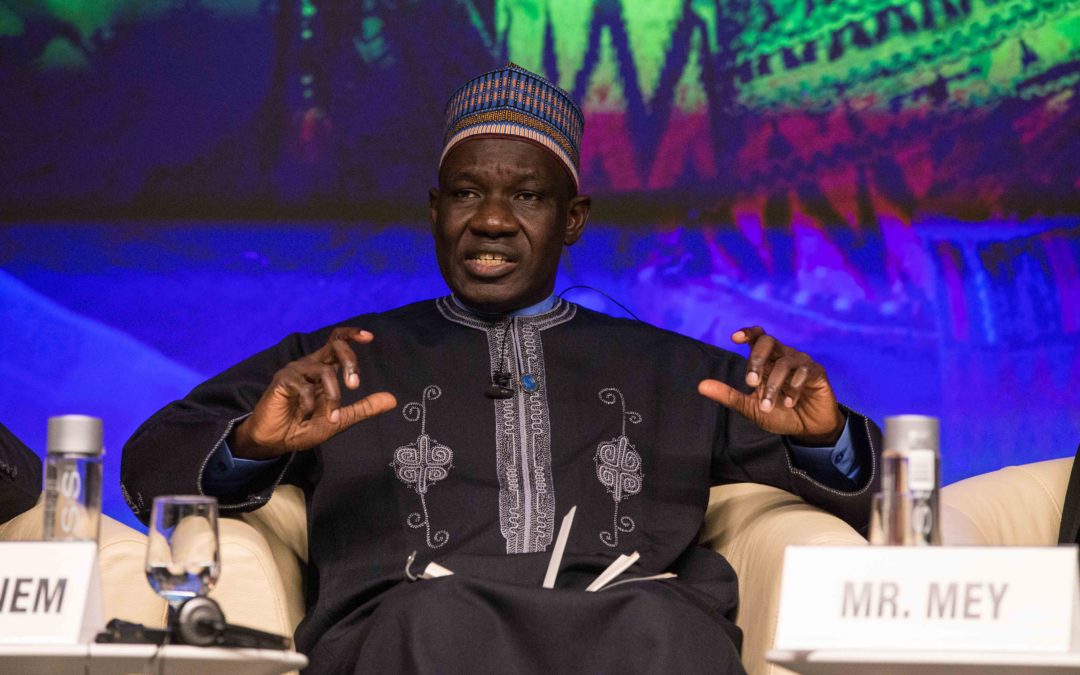